naXys KICK-OFF MEETING: Founded in 2010 as a Research center, naXys has recently evolved into an Institute. On September 20, naXys celebrated the kick-off meeting of the Institute. More than 70 researchers shared their expertise on complex systems in their own research field. The diversity of the thematics discussed during the meeting illustrates the interdisciplinarity of the research performed in naXys. 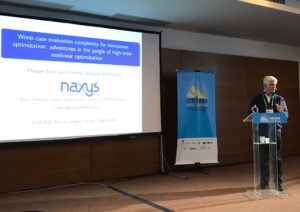 ICM 2018: Our naXys colleague Philippe Toint was an invited speaker at the International Congress of Mathematicians (ICM) in Rio de Janeiro.  His invited lecture was entitled Worst-case evaluation complexity for non-convex optimization: adventures in the jungle of high-order nonlinear optimization. The International Congress of Mathematicians is the largest conference on mathematics and is hosted every four years by the International Mathematical Union (IMU). The Fields Medals, the Nevanlinna Prize, the Gauss Prize and the Chern Medal are awarded during the congress’s opening ceremony. Being invited to talk at the ICM has been called “the equivalent of an induction to a hall of fame” in the international community of mathematicians.

PRESS:  Spotlight on our Institute made by Daily Science! 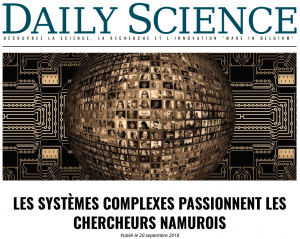 Want to add information in the next newsletter? Please send it to